Graduates, we would love to know what you’re doing now. Please send us news of your studies, careers, discoveries, and so on.

August 2020: Matthew Pilgrim ’14 begins his PhD in Clinical Psychology at the University of Southern California. Previously, Matt earned his BSc in Psychology and MSc in Neuroscience from McGill University. Well done, Matt!

September 2019: Roy Magen ’14 starts graduate school at Columbia University’s Department of Mathematics. What an accomplishment! We look forward to seeing what you do next, Roy.

May 2019: Aisha Ali ’13 embarks on a month-long residency in Florence, Italy – another accomplishment for this young artist. Aisha is current pursuing an Interdisciplinary Master’s in Art, Media and Design at OCAD University. Brava, Aisha!

March 2019: Joseph Sproule ’98 earned his PhD from the University of Toronto’s Department of History. Joseph’s dissertation focused on the role of mercenaries in the Livonian War of 1558 to 1583. Congratulations, Dr. Sproule!

September 2018: Two Abelard alumni – Oliver Backman ’12 and Josef Wolanczyk ’14 – have begun their legal studies at York University’s Osgoode Hall Law School. Previously, Oliver earned his MA in philosophy from the University of Toronto, while Josef obtained his BA in History from the same institution. We wish them the best of luck in their legal education!

September 2018: Having completed his degree in linguistics at Cambridge, alumnus Malcolm Kennedy ’15 is pursuing a master’s degree in Biology at McGill University. His research, which focuses on birdsong, is fully funded by the university. Excellent work once again, Malcolm!

August 2018: Congratulations to Estee Feldman ’14, who is beginning her PhD in CLinical Psychology at the Rosalind Franklin School of Medicine and Science. Way to go, Estee!

June 2017: Our alumna Noa Magen ’15 has been named the exclusive recipient of the University of Toronto’s Coburn Award, which fully funds a year of study in Israel. Noa will be attending Tel Aviv University, where she will continue her studies in cognitive science and literature.

May 2017: Samantha Tristen ’15 has been awarded on of three American Studies Internship Awards from the University of Toronto’s Centre for the Study of the United States. In her internship, Sam will be researching the present and historical debates surrounding the 1794 Jay Treaty, and she will be travelling around the US and Canada to conduct her research.

October 2016: Samantha Tristen ’15 has revived the Undergraduate Society of American Studies at the University of Toronto. She is now serving as the Union’s president. Amazing work, Samantha!

May 2016: We are thrilled to see Andrew Ilersich ’14 doing research with the University of Toronto’s Institute for Aerospace Studies, where he is developing the theoretical framework to minimize noise and shock waves in jet engines!

September 2015:  Congratulations to Dave Vyas ’15, who has been named a Commended Student in the 2016 National Merit Scholarship Program! Commended students placed among the top 5 percent of more than 1.5 million students who entered the 2016 competition.

May 2015: Congratulations to  Elijah Teitelbaum ’11 who has been accepted to the University of Cambridge for an MPhil in Theology and Religious Studies, his area of research will be Diasporic Judaism and the philosophy of religion (especially Continental and post-structural philosophies).

April 2015: Congratulations to our alumnus Vitalik Buterin ’11 for winning a prestigious IT software prize, beating out the likes of Mark Zuckerberg. Vitalik was awarded this  prize at the 2014 World Technology Awards in New York City.

March 2015: Congratulations to Noam Sienna ’07, who will be starting a PhD in History (focusing on Moroccan Jewry) at the University of Minnesota-Twin Cities. Good luck with your research, Noam!

March 2015: Congratulations to Moira DeValence ’06, who will be starting Family Med at St. Paul’s in Vancouver after completing her medical degree at U of T this June!

February 2015: Congratulations to Serhei Makarov ’09 on scoring 170/170 across the board on his GRE. The GRE is a General Test (http://www.ets.org/gre) which is required for graduate school admissions in the United States. We are so proud of you, Serhei!!!!

October 2014: We had the thrill of having our alumnus Dr. Christopher Thompson-Walsh ’02 as a guest lecturer for Calculus, while he was on vacation in Toronto.  After completion of his Ph.D. at Cambridge, Chris lives and works in London, England.  He took enormous pleasure in the opportunity to teach our grade-12 class about the Fundamental Theorem of Calculus.  But the real pleasure was ours, Chris – it is always great to have you back!

September 2014: We would like to welcome alumna Rebecca Brenner ’08 back to Abelard in her new role as a teacher!  Great to have you with us again!

August 2014: Congratulations to our alumnus Vitalik Buterin ’12 for winning a 2014 Thiel Fellowship! This is already the second time an Abelard graduate has won this prestigious honour. Way to go, guys! We are so proud of you!

2013: Gavin McGown ’09 is currently completing an MPhil in Classics at the University of Cambridge, and applying to PhD programs in the United States. Gavin’s MPhil degree, which focused on gender and sexuality in Ancient Greece, was fully funded by a Euretta J. Kellett fellowship from Columbia University.

2013: Christopher Thompson-Walsh ’02 receives his PhD in Theoretical Computer Science from the University of Cambridge.

2012: Christopher Olah ’10 receives one of the 20 under 20 Thiel Fellows. This prestigious two-year fellowship will fund Chris’s research into developing 3-D printing.

2011: Vanessa Robinson ’00 receives PhD in Comparative Literature from the University of Toronto. 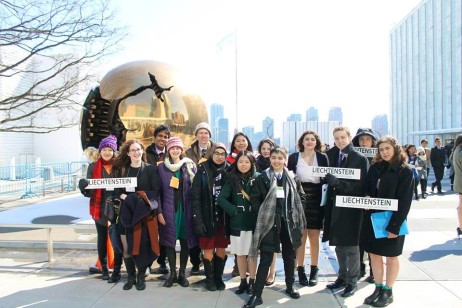 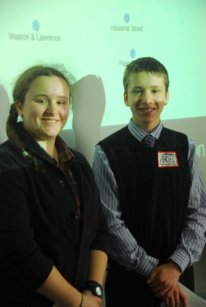 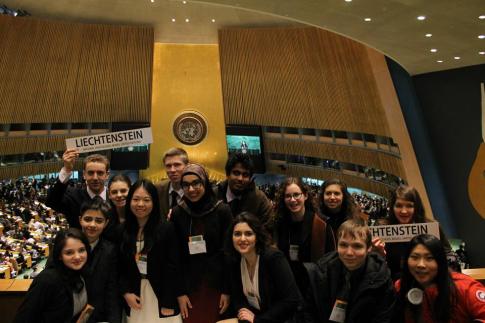 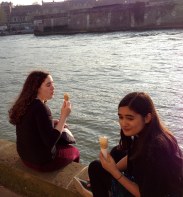